Some friends of mine came to visit a few weeks ago and stayed with me in my home for a couple of nights. We grilled out, went for a walk, sipped some wine and raced the sun to the river to catch it before it disappeared behind the wood-lined river. They always say that visiting my home feels peaceful and slow, and they look forward to spending a weekend just laid back and relaxing. I love hearing them say that because they remind me to see the blessings that surround my everyday life. But there was one thing in particular that I remember them saying about their trip this time. It was during our dinner, while we were sitting outside eating burgers: “Man, everyone honks when they go by, like, all the time. That’s crazy.”

Her comment wasn’t in annoyance. She truly meant how “crazy” it was that most of the people that drove by our house knew who we were, and said hello with a tiny “honk” of their horn.

So, needless to say, this was an occurrence they were a little unfamiliar with. I began to tell them that it happens all of the time, at all hours of the day. Even in the morning. Before I am even up and out of bed people are honking their “good morning” as they drive by, presumably to work. I was complaining a little about it when they stopped me and said how nice it was to know that there are people that are thinking of saying hello in the morning. Because that means they are thinking of you; that they see your house and take the effort, albeit little, to let you know you’re being thought of as they are beginning their day. “That’s a good thing, Kas.”

And they were right.  I often forget how charming it can be to live in a place where people find it important to let you know you’re being thought of; to take that small opportunity to say hello because it matters and because they are genuinely interested in you.

Then I realized how all too often I don’t do these things. I don’t honk by people’s houses. I don’t make myself approachable when I walk into a grocery store, wearing my sunglasses that oh so obviously scream “don’t talk to me.” I don’t just pull into someone’s driveway when I see them sitting outside, ask them how they are doing or comment on the new flowers they just planted that absolutely deserve some public notice because they are so beautiful and the owners are so proud. I don’t linger just a little longer at the gas station while I’m getting my coffee in the morning to chit-chat with the retired gentlemen who are sipping their own coffees and ask me things like “Busy day today?” or “How’s the new car treating ya?”

And the biggest thing is, even though I don’t do these things, my community still does them to me with no expectations. There is a sense of acceptance that happens there – an understanding that maybe its not who Kasi is to be “small-town-sociable” or maybe she’s just having a bad morning. So now, I want to not only accept those who have way more patience and social motivation than I do, but I want to be more like them. 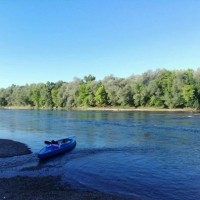 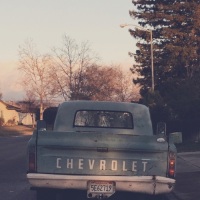 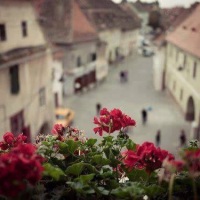 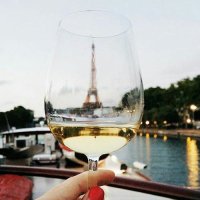