Making Macaroni means coming to terms with the fact that I can’t cook and really don’t need to learn.

Growing up I was always busy with sports practices, after-school activities, newspaper deadlines and school trips that I never took the time to learn to cook. It was just never an interest of mine.

I was reminded of this lack of talent while The Doc and I attempted to cook dinner for his parents while they were gone at church. “Go cook the inside stuff,” he said while standing in front of the grill. “Inside stuff?” I replied.”Macaroni and cheese will be fine,” he said, with a tone of disappointment as he knew I probably couldn’t make anything else. But I think he was assuming that Mac n Cheese would be something I could handle.

I approached the stove with confidence. I can do this.

Twenty minutes later I stirred butter less, milk less and bright orange, half-cooked pasta noodles. I did it. Well, to my surprise, nobody likes uncooked pasta noodles and clumpy cheese. The side dish went untouched and The Doc lovingly giggled along with his parents as they attempted to convince me that it is okay to not being good at cooking.

I can’t cook. I’ve known this for awhile. I don’t even have an interest in cooking and I am totally fine with it. So, why do I feel like a robot lacking a battery?

Its silly for me to think that I should have this expectation because between me and The Doc, the idea of me cooking dinner went out the window about 4 years ago. But still I wonder, would he be happier if I cooked him dinner? In relationships there are always expectations and as a young adult, it can be hard to determine which expectations are too high and which ones are plausible. For The Doc, he does not expect me to cook because he knows I do not like it. But what if he did?

When it comes to expectations, how do you know when you’ve been over-cooking or under-cooking? 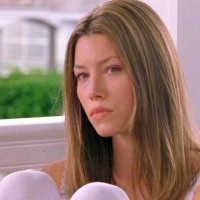